Monty Marsh is an award-winning multicultural Director, Producer, Creative Director and Strategist. In 2016, Monty made history by directing and co-producing YouTube's first live 360 performance. His 'Not Above That' VR experience premiered by WIRED Magazine was nominated as 'Best Interactive Music Video' at the Austin Music Video Festival, was featured as one of the three best VR music videos in the field by VR Days Europe and it made VR Scout's 'Essential VR Music Videos of 2016' list. The 2D version premiered by NPR was also an Official Selection of the Austin Music Video Festival. Monty is 1 of 12 directors chosen internationally to participate in Motionpoems' Season 8 (2017): 'Dear Mr. President.' His short film 'Song of the Mutant Super Boars' is a 2018 Official Selection of The Zebra Poetry Film Festival in Berlin with submissions from 94 countries across the globe, and has screened in Los Angeles, New York and multiple cities in Europe. Monty's ideation on his Adidas Originals branded short film was lauded as one of the 'Top 5 Creative Ideas of the Week' by AdAge, and received wide coverage from media outlets including Adweek, Source and Shots. He is 1 of 32 directors chosen by SHOOT Magazine to be part of their Directors' Showcase Class of 2019. On the pulse of culture, Monty constantly endeavors to create work at the intersection of music, fashion, technology and film. 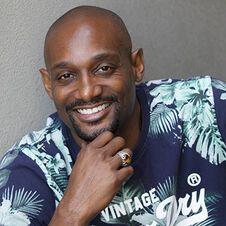 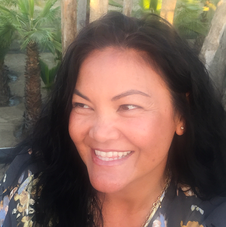 Marie Dunaway has served as a freelance producer in multiple factions of the entertainment and advertising industry since 2004. She has collaborated with advertising agencies, brands, studios, networks and record labels producing for award winning production companies and their directors, filmmakers and/or still photographers.  She is a global production specialist having bid and shot commercial productions all over the US and worldwide.  Born to a 20-year US Navy veteran and a Vietnamese war survivor of the Indochine era, her mixed heritage has provided a colorful life background and upbringing, growing up in the City of Angels. She is drawn to interesting narratives with beautiful imagery and the dynamic forces of the human spirit.  As an LA native, she witnessed the LA Riots, after the Rodney King trial, which left an indelible mark in her memory and a strong conviction for justice and equality. 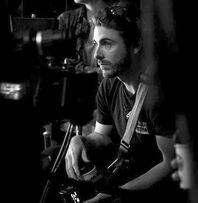 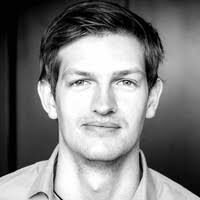 With a rich and diverse portfolio of high-profile projects spanning across the music, auto and beauty industries, Matt has gained a reputation for crafting stunning imagery. He regularly works with acclaimed directors such as Darren Aronofsky, Theodore Melfi and Warren Fu and has also joined forces with iconic Director of Photography, Robert Richardson. Over the years, Matt has brought his versatile grading style to major campaigns for brands such as Adidas, Intel, Respawn Entertainment and LIFEWTR. He has also worked on multiple narrative-driven projects including title sequences, such as True Detective Season 3 for HBO. With a passion for creative collaborations with musicians, Matt has crafted music promo partnerships with Beyoncé, Katy Perry, Drake and Pharrell Williams.

Val Thrasher is an award-winning senior editor, based out of Nomad Editing Company in Los Angeles. Throughout her career, she has worked with a wide range of directors and creatives, editing commercials, music videos, and short films. 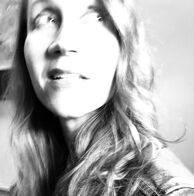 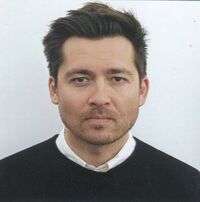 Ilya meets each brief with a unique, inventive approach, creating eye-catching visuals for a diverse array of media. His meticulous eye for design has brought him to the helm of some of the most challenging, graphically-driven projects including the recent Destiny 2: Beyond Light 'Launch Trailer.' His leadership within our LA design and animation team enhances the artistry, demonstrated in his recent debut sci-fi short film ‘ARXIV/Archive’ which opened OFFF design festival in Barcelona.

Bronx-born Craig DeLeon began composing original music at the age of 8 years old when he first heard Prince’s “I Wanna Be Your Lover.” DeLeon's creative education flourished while writing music video concepts for directors that included Antoine Fuqua, Michel Gondry and Michael Bay.Soon after, he developed his talents as a composer for advertising at Human with music featured in ads for Apple, Nike, American Express, Adidas, Xbox, Microsoft, and Google. His feature film scoring career began in 2007 with NORMAL ADOLESCENT BEHAVIOR starring Amber Tamblyn.  Other composing credits include THE WITNESS: FROM THE BALCONY OF ROOM 306; a segment of FREAKONOMICS; (GOING CLEAR); THE LEGEND OF HALLOWDEGA; Kevin Hart’s KEEP IT TOGETHER; CNN Documentary SCANDALOUS and most recently he scored MUSIC, Grammy award winning singer songwriter Sia’s feature directorial debut.