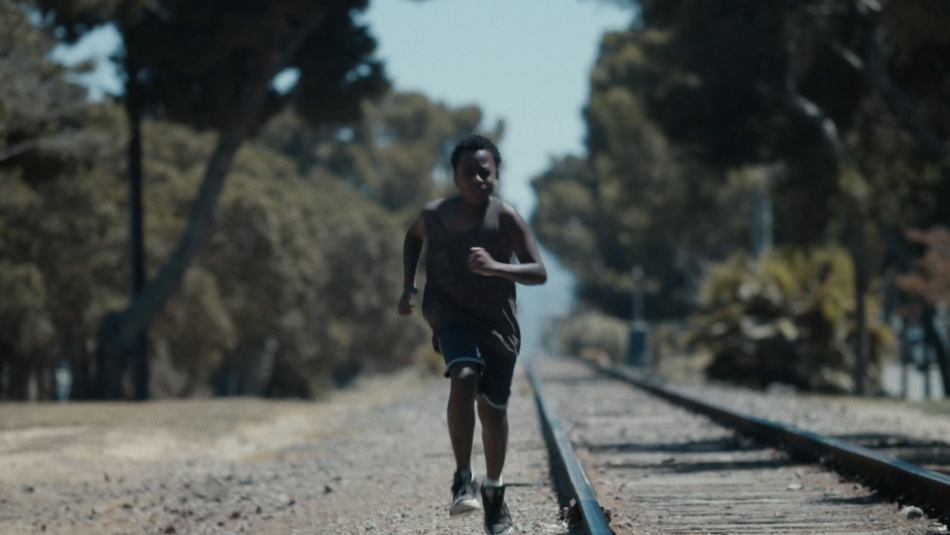 After I watched a video of Noah giving his speech against racism at the ‘Pop The Bubble Against Racism’ children’s protest and march that took place on June 6th, 2020 - an overwhelming sadness came over me. I remember thinking to myself how unfortunate it is that this twelve year old boy has to deal with the same things that I do as an adult black male in America. His innocence has been lost. His childhood gone forever. I saw myself in him. The fear, the anxiety and the very real desire to simply be able to exist without race hanging over our heads. To have equal opportunities to thrive in all aspects of our lives. I knew right then that my obligation to Noah, and the countless boys and girls across this nation, like Noah, is to help amplify their voices. To put their feelings, thoughts, emotions and prayers in front of the world, with the hope of creating change by providing a platform for others to see and experience their lives firsthand through film.

While watching this film, I want the audience to experience what was going through Noah’s mind as he prepared his speech. To bear witness to Noah having a conversation with himself, as he ponders his place in society, and sets his sights on the future that he wants for himself and others. Since the sixties, we have seen and heard from numerous adults from all walks of life who fight against racism, bigotry and hatred. But almost never do we examine and empower our youth in the same way. By recognizing this, and creating a film built on empowering Noah - it creates a unique and special moment in cinema. The very reason why I chose to be a filmmaker in the first place - special moments, special characters and special stories.

Creating this film during a pandemic was especially challenging. Not being able to sit with my editor, or listen with my mixer, and something as simple as not being able to give everyone big hugs after filming felt counterproductive and sterile to say the least. Even with COVID-19 and it’s challenges, I am very grateful that we were able to figure out a safe and productive workflow to complete the film.

I drew my inspiration to create this film from the works of Terrence Malick and David Gordon Green (George Washington), capitalizing on cinematic language as a way to break down traditional storytelling walls utilizing landscapes, the natural world and open spaces. Slowly zooming in on Noah, a landscape or environment as a way to slow things down, so that the audience can fully digest what the narration communicates to them. Also, while utilizing slow motion to create a dreamy visual experience subtly playing off the fact that the main part of the film takes place in Noah’s mind. The desaturated, cool and grainy look offers a different approach to an otherwise bright and sunny beach experience. This directly correlates with the fact that POC often don’t have the luxury of fully enjoying life vibrantly or without some type of bias and obstruction. The sound design is created to provide an immersive experience within the story, while the music drives the emotion as a secondary character.

Working with Noah was very special because as co-writers he shared his most intimate thoughts and feelings that are reflected on screen. His bravery, and willingness to speak from his heart are the foundation of the story - and carry the emotion from beat to beat. We were blessed to have producers, a crew, post production teams and music partners who were equally dedicated to elevating Noah’s voice. While making the film, cities were literally on fire due to Civil Rights protests, and tensions between Americans were getting more violent each day. This made our work that much more important and relevant. Unfortunately, since then, more black men have been beaten, shot and even killed at the hands of the police. For that reason, this film will always be very special to me.